Featured, It Starts With Us

Then and now: Clay Campbell

Clay Campbell attended his last NOAC as a youth in 1969. Since then, he has been an active member of Scouting but has not returned to the OA’s premier event until this year. He is currently a member of Mic-O-Say Lodge and is attending NOAC 2015 as an adviser.

NOAC 1969 was much smaller, he remembered, with approximately 5,000 Arrowmen at Indiana University. The Boy Scouts of America had 12 regions then and each held a regional conference too.

Campbell loved the Order of the Arrow when he was a youth, receiving the Vigil Honor before he achieved the rank of Eagle Scout. He was very involved with dance competitions, winning championships as a traditional dancer as a member of Taskiagi Lodge of Minuteman Council based in Stoneham, Massachusetts.

As a youth, he recalled, the Order of the Arrow offered a lifeline in the social turbulence of the 1960s and 1970s. People were looking for a way to unite in brotherhood, cheerfulness and service.

“There was that common theme, no matter where you went in this country,” said Campbell. “And the Order of the Arrow embodied that theme.”

This week, Campbell enjoyed visiting the Goodman Edson Observatory in the Kellogg Center, especially the ceremonial grounds soil from Treasure Island mixed with soil from the Summit Bechtel Scout Reserve.

“I was moved to tears when I came across the buckets of ash from Treasure Island and later from the Summit. All of the individual pieces put together… I felt like I was a part of it,” said Campbell.

Campbell encourages youth to take advantage of the opportunities provided here at NOAC. This week, Campbell has reconnected with Scouters whom he knew as a youth. Together they viewed the legacy rocks from their respective lodges, which no longer exist, an experience that Campbell described as “emotional.”

Campbell sees the future of the OA to be timeless and bright. “The theme of ‘It Starts With Us’ should resonate with every Arrowman and truly does shape the decisions of our future,” he said. 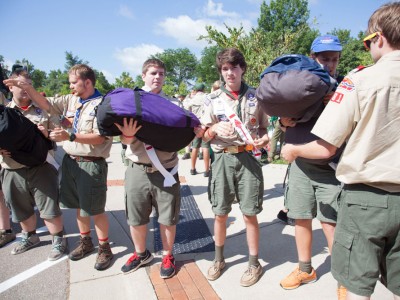 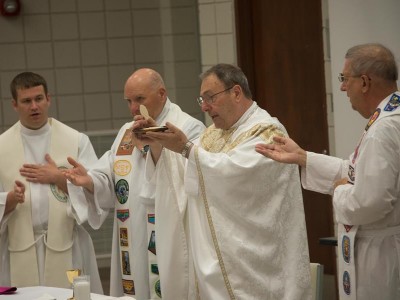 Arrowmen use OA grace to give thanks before meals 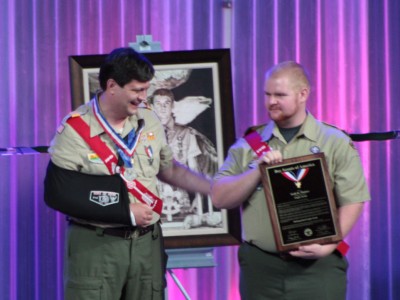