The Order’s Involvement With Conservation

At the Conservation and the Order of the Arrow panel discussion hosted by Michael Kipp, some of the OA’s key leaders in the field of conservation talked about what conservation is, how it had impacted them, and how our Order has been shaped by conservation in the past, present, and in the upcoming future. Leaders included Kyle Anderson, director of the OA Trail Crew program, Jeff Jonasen, national vice chairman of outdoor program, and Bob Birkby, author of the Scout Handbook and numerous other conservation materials.

Kipp started by telling us a little about his experiences in conservation while participating in the OA Trail Crew and OA Wilderness Voyage programs. He shared with us how his experience with conservation may be limited, but it has been very impactful. Anderson elaborated by focusing on how much the OA High Adventure programs have had an impact not just on our own properties, but also in the surrounding areas. For example, how the OA Summit Experience doesn’t just work on conservation projects in the Summit Bechtel Reserve, but also in the New River Gorge. Also highlighted was the ArrowCorps5 program in 2008 where the Order’s efforts in conservation proved to the U.S. Forest Service that the OA partnership could have a major positive impact on our environment.

Birkby fell in love with conservation when he was a Scout after attending Philmont Scout Ranch and worked as staff in the back country for five years. He emphasized how important it is for us as Arrowmen to take care of the environment not just at our high adventure bases, but everywhere from national parks to our own neighborhoods. Since the Order’s inception conservation has always been a major part of our program and it has been continuously evolving since. It’s up to Arrowmen to take it upon themselves to lead conservation projects on all levels whether it be unit, chapter, lodge, and beyond. Anderson added that attending an OAHA program is a great way for Arrowmen to get familiar with leading conservation projects so that they can be confident when they return home to organize and carry out their own.

When it came to the future of conservation in our Order, Jonasen told us of how we should keep our eyes out for newer technology being implemented to make conservation projects more efficient and impactful on the environment. For example, the OA Ocean Adventure program is looking into modern advances in technology that can help regrow coral to be used in the Florida Keys. 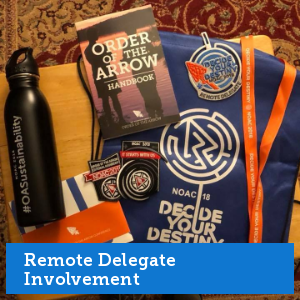 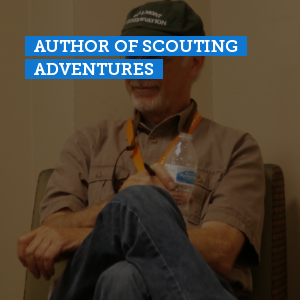 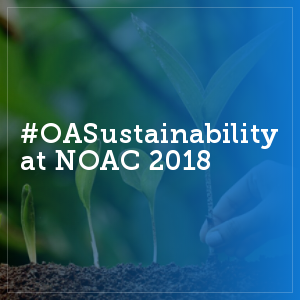 Sustainability in the OA and at NOAC