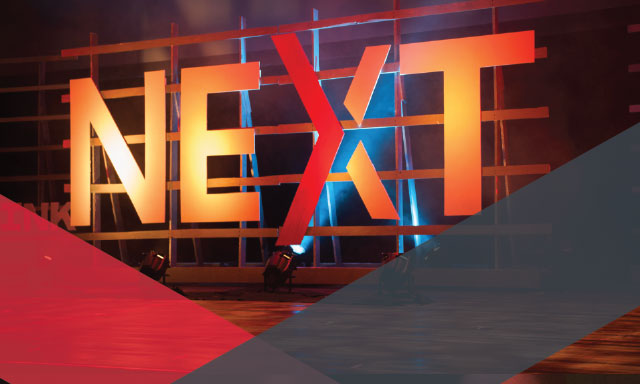 Imagination. Creativity. Innovation. We hear these buzzwords all the time. Sure, these traits in a person will make them a little more interesting, a little better of a leader. They’re parts of a person that are often talked about and considered important. “What makes creativity so important?” and “How do I improve these aspects of myself?” are questions that many Arrowmen silently ask themselves every time imagination, creativity, or innovation is mentioned as it pertains to leadership. This Innovation Day morning gathering helped to answer these questions.

The gathering opened with Strategy CVC Nate Steele having audience members respond to a Mentimeter poll.

Our National Chief Hunter Jones and National Vice Chief Tyler Inberg then focused the gathering on the theme for the day – innovation – speaking about why it is key in sustaining success anywhere. Inberg warned how a failure to innovate can lead to total failure in any endeavor. “Of the five hundred largest public companies in 1955 that made up the Fortune 500,” Inberg said, “only sixty-one of those are still here in 2016.” These two national officers convinced delegates that innovation is not only helpful, but necessary to be a leader in one’s home lodge.

Gregg Fraley, an entrepreneur, innovation consultant and author of Jack’s Notebook – a business novel used at schools including the University of California at Berkeley and the University of Cambridge in the UK – then took the stage. He proceeded to provide delegates direction on how to inspire creativity within themselves. Among his many pieces of advice, he encouraged delegates to maintain a strict routine. Many artists and those who grew famous because of their creativity lived their lives based on specific everyday actions. By giving delegates tips to expand their own creativity, they became further empowered to find new solutions to the challenges that their lodges face.

Finally, Drew Mitchell gave us his story of where his creativity, imagination and innovation took him. Mitchell is noteworthy for his company Rent Like A Champion, which was featured on the ABC hit TV show Shark Tank. He told of how thinking outside the box has made him a successful man. While attending college, he purchased several houses and then allowed tenants to rent them. In a leap of faith, he decided to expand his small money making venture into a full time business. His message on why being a creative individual is a key to success in life encouraged delegates to seek to become more creative individuals in their own lives.
The Innovation Day morning gathering gave delegates the answers to questions that they often ask themselves. Through the talks by Gregg Fraley and Drew Mitchell, Arrowmen learned about how essential it was to be creative, innovative, and imaginative in order to ensure the success of an organization and oneself. All left feeling invigorated and ready to exercise their imagination, and were prepared for the remaining training sessions of the day.