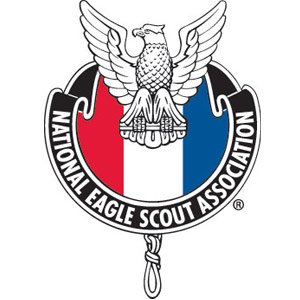 We all know the story of W.D. Boyce and the “Unknown Scout”, which led to the founding of the Scouting movement in the United States.  The story fewer people know is that of Arthur Eldred, the first Eagle Scout.  It has been nearly one hundred years since Arthur Eldred blazed the trail for those of us who would follow in his path.  As such, the BSA determined that a proper celebration should be held in 2012 to honor the centennial of Arthur’s achievements.  The celebration would serve as a reunion for Eagle Scouts nationwide, invoke a sense of inspiration for Scouts who have not yet achieved the rank, and further fulfill NESA’s purpose of identifying, engaging, and guiding Eagle Scouts throughout the country.  Given the natural overlap between the OA and NESA, NOAC 2012 was chosen as the ideal venue for the centennial celebrations.

“NESA@NOAC” will host a series of events to commemorate Arthur and to reinvigorate enthusiasm for the honor of the Eagle Rank.  In addition to Eagle-oriented training cells, displays at the museum, and a presence at Founders’ Day, NESA will sponsor the Wednesday evening show.  This special production will feature distinguished Eagle Scouts in an open-format, moderated discussion, and will conclude with a high-energy concert.  On Thursday evening, the NESA booth at the Hodag will offer guests an opportunity to accept challenges from dynamic Eagles with storied careers in high adventure or military service, and a first look at the NESA iPad app.  Our anniversary dinner on Friday evening will be by invitation-only and will feature a special program for Eagle Scouts attending NOAC.  Finally, we will invite every Scout Executive in America to send their NESA committee chairman (or one to two keen volunteers) as outside guests of NOAC to undergo intensive, two-day training on how to create (or develop) successful NESA committees in their councils (as your Scout Executive for more details).

We hope you’ll join us this summer for NESA@NOAC programs and activities that will allow you to reconnect – united, we will build upon the legacy left to us by Arthur and all those who followed.